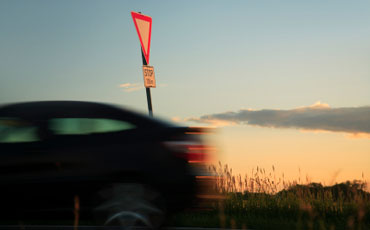 Innovative technology makes today’s automobiles cleaner and more fuel-efficient than ever. Ongoing advancements in fuels and technology will continue to drive future progress.

Dramatic progress has been made in producing cleaner autos.

Auto engineers have developed sophisticated emissions-control technology that is putting cleaner automobiles on the road everywhere. Catalytic converters use precious metals to reduce smog-forming emissions from cars. Automakers have dramatically reduced evaporative emissions with tighter gaskets, hoses and better gas tanks. Computers have revolutionized clean vehicle controls by precisely metering the fuel and air that go into the engine, reducing the smog-forming emissions coming out of the engine. And, a computer system called aeon-board diagnostics constantly monitors the performance of the vehicle to help keep clean technology working.

As more and more new cars with modern exhaust emissions performance are put on the road, clear improvements in air quality can be seen. This trend is going to continue, even without the further improvements planned for new vehicles in the future, as older, more polluting cars, which are responsible for a large proportion of all vehicle emissions, are replaced with new ones. In fact, anything which could speed up this process, would make a much greater improvement to air quality than the further reductions in the already very low emissions from new cars, because the effect of that will be quite small, and will take a long time to be effective.

The most dramatic changes are occurring this century. Automakers have invested hugely in developing diverse automobiles that run on alternative fuels like clean diesel, biodiesel, ethanol, hydrogen, and compressed natural gas or that run on hybrid technology using both conventional combustion engines (gasoline or diesel) and electric engines. These advanced technology vehicles are being introduced for sale as quickly as possible. Because consumers, as well as different regions of the world, favor different technologies, automakers are developing a range of automobiles that run on different fuels.

Today’s sophisticated emissions- reduction technologies need cleaner fuels. In fact, substances like sulphur can disable clean auto technology. The vehicle industry strongly urges all parties involved to ensure early, global availability of high quality fuels. Vehicles and fuels must be seen as a single system in a global context. We recently revised the World-wide Fuels Charter to recommend sulphur-free fuels. This Charter contains clear specifications for gasoline and diesel that should be globally respected as soon as possible so new clean technologies that benefit the environment can be widely introduced.

To view a copy of the World-wide Fuels Charter, download our pdf.