Two main types of hybrid-electric vehicles exist, and they have different advantages and different applications, but both have fuel efficiency advantages over conventional internal combustion engined vehicles.

Parallel hybrids can run simply on battery power when zero emissions are required – say in the city – and purely on their parallel internal combustion engine for higher speeds and/or longer distances. In this mode they can also recharge the battery for the next phase of battery operation. In addition they can usually use both power sources together to give additional acceleration, and this means that the internal combustion engine can be relatively small and low powered, and largely avoid inefficient “transient” operation, because of the boost provided by the battery power.

Series hybrids run solely on battery power in all conditions, with a relatively small internal combustion engine available to recharge the batteries when zero-emissions are not required and to act as a “range extender”.

Because the internal combustion engine is only driving a generator, it can run at a constant speed and reasonably constant load, which is very efficient.

The Fuel Cell is a means of converting the chemical energy in a fuel directly into electricity, very efficiently, without any burning, which is a wasteful process with undesirable side effects (like pollutants).

The fuel cell principle has been known for many years but they only became usable devices thanks to the space race – NASA developed usable fuel cells to provide safe, clean efficient electricity generation in space craft and other organisations, including auto manufacturers, have further developed them for commercial use.

Although fuel cell vehicles (FCVs) are still an emerging technology and are not likely to be in mass production for some years yet, they are seen by many as the long term solution for personal transportation energy. Fuel cells have the potential to very significantly reduce energy use and pollution and also to reduce our dependence on fossil fuels.

Like series hybrids, FCVs operate solely on electric power, but in this case there is no need for a battery or an internal combustion engine as the fuel cell does the job of both, and it does so more efficiently.

FCVs are fuelled with hydrogen, either stored on board, under pressure or in liquefied form, or converted from hydrogen-rich fuels; such as methane (CNG) or methanol, using an onboard device called a “reformer.;

FCVs fuelled with pure hydrogen emit no pollutants; only water and heat; while those using hydrogen-rich fuels and a reformer produce only small amounts of pollutants.
Source: www.fueleconomy.gov 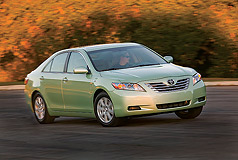 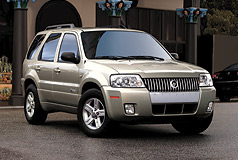