LPG consists of propane or butane or any mixture of predominantly these two hydrocarbons or their isomers.

Commercial Butane predominantly consists of hydrocarbons containing four carbon atoms, mainly n- and iso – butanes (C4H10).
Both Propane and Butane can be liquefied at ambient temperature at only moderate pressures. When the pressure is reduced they revert to gases. This enables easy transport and storage of the products in the liquid state in pressure vessels, in which they are roughly 260 times as dense as they are as gases. The pressure for which the tanks need to be designed are thus much lower than for natural gas or hydrogen which are either stored under high pressure or liquefied at very low temperatures.

Why use it as a fuel for engines?

LPG is very clean burning and easily stored for indefinite time making an exceptionally versatile fuel(http://www.lpg-apps.org). Due to these properties LPG lends itself well as a fuel for internal combustion engines. When used in cars it is then often referred to as Autogas (http://www.auto-gas.net). Worldwide around 25 million vehicles are refuelled at over 70 thousand refuelling sites. Surpassed with regards to energy demand only by Ethanol that is usually blended with gasoline Autogas is by far the customer’s first choice alternative automobile fuel. As such, Autogas is required to fulfil the technical requirements laid down in fuel standards. Although different standards are used depending on geographic location, the most important requirements on purity and knock resistance are all very similar.

Predominantly used in positive (spark) ignition engines, which can be specifically tuned for LPG or run as bi-fuel engines on gasoline or LPG at a time, it has recently also found increasing use in the heavy duty sector being injected into compression ignition (diesel) engines as a secondary fuel.

What are the benefits?

The use of Autogas has both a local and global benefits. Because of its relatively high hydrogen content it produces less CO2 (and more H2O) than gasoline or diesel per unit of energy. Tailpipe emissions are up to 16% below that of comparable gasoline cars. Due to its production and infrastructure, the total energy specific lifecycle greenhouse gas emissions of Autogas lie significantly below that of either diesel or gasoline, giving it an advangage beyond 20%.

In its gaseous state, LPG mixes readily with air and as a result also burns more cleanly than liquid or solid fuels. As it burns more uniformly, it produces next to no soot and particles and generates less NOx in the process. Also the hydrocarbon emissions are fewer and also less harmful than with gasoline, this applies especialy to the cold phase when the catalyst has not yet reached operational temperature.

Where does LPG come from?

Propane and butane are naturally occurring gases of fossil origin and are found in natural gas (associated and non-associated) as well as in crude oil. LPG is also co-produced during refining of the heavier factions of crude oil or in the fuel synthesis processes. Apart from synthesising liquid fuels from natural gas (GTL) or coal (CTL).

LPG is also produced in fuel synthesis processes that use biomass or electricity and CO2 as feedstock making renewable LPG available to the market. Obviously, the volumes depend on external factors. 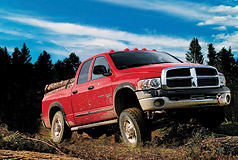 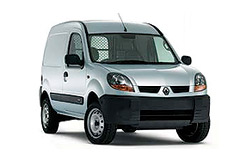