Hydrogen is often called the fuel of the future because it contains no Carbon (and therefore produces no CO2) and it can be made from water.

However there are considerable problems to be overcome:

So it is likely to be some years before it becomes a serious contributor. Nevertheless, Auto manufacturers are already working hard on the technology to use Hydrogen in internal combustion engines, and in the longer term in fuel cells, which produce electricity directly from the fuel, without burning, making it more efficient and much cleaner than a combustion engine. 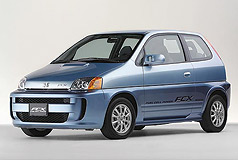 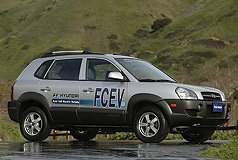